A man spent the summer fixing up an old Ford Safari on the side of a road by my house. Curious about his work I struck up a conversation and found out that he was ‘just passing though’ and staying at a nearby brothel while he repaired his van.

I had long suspected that the house in question was, simply, a drug house and nothing else so this revelation sent the mind reeling. I began my investigations immediately and surreptitiously I watched the house at night and spotted the peculiar “drive-thru” pattern of Johns picking up women for a quicky in their car, the police calls that sent everyone scurrying, the violence and, of course, the sex.

I make no judgments here as I don’t believe there should be any. There is just one fact: people trying to survive.

Much like my other pen and ink serieses (see The Street) this was done initially in cheap notebooks with thin paper – developing a love for the style and means of expression the method persists to this day. 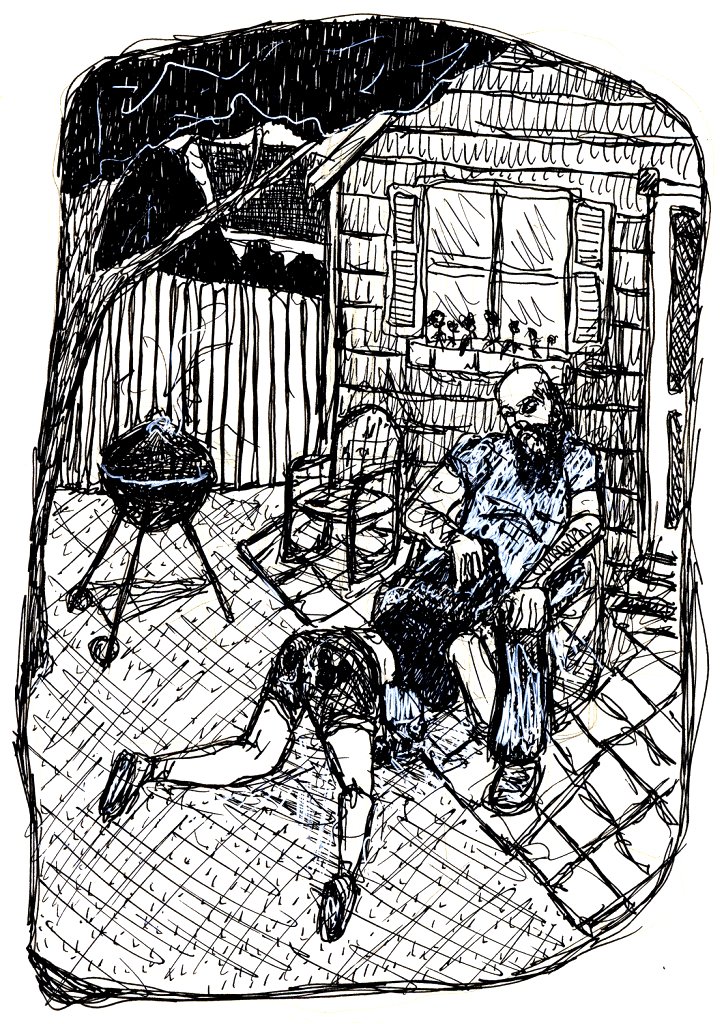 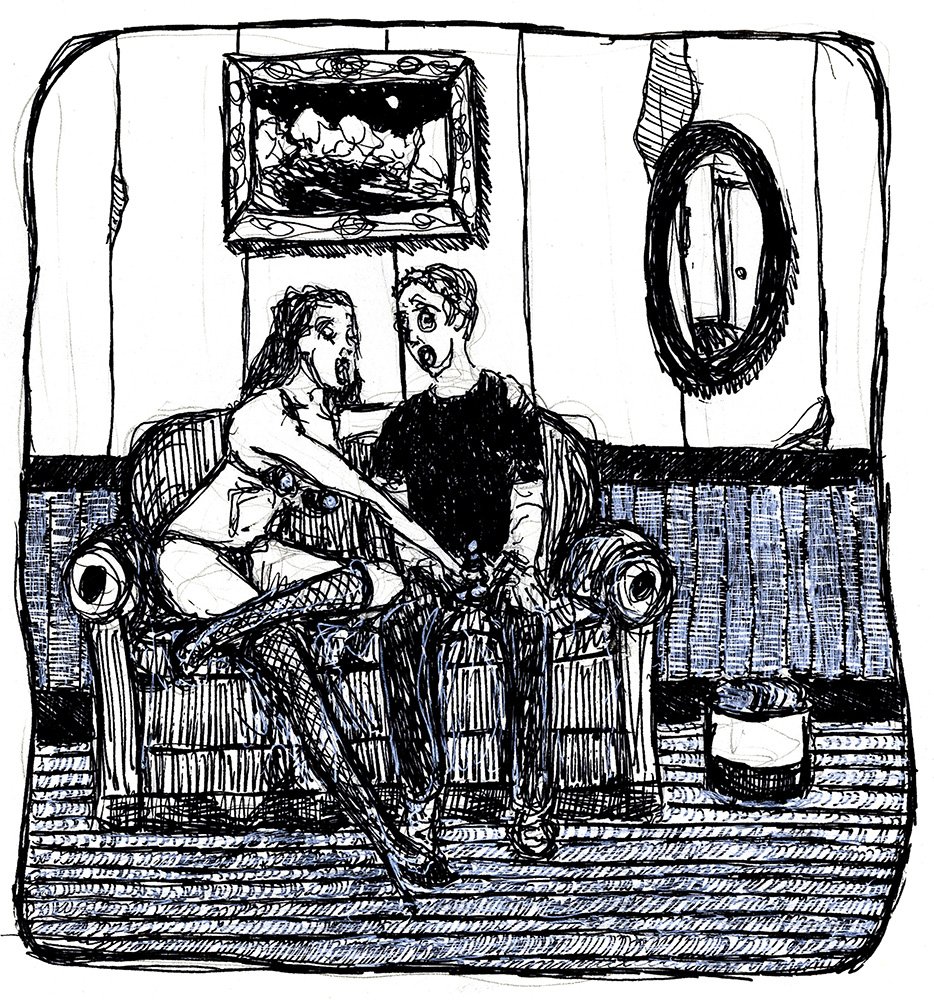 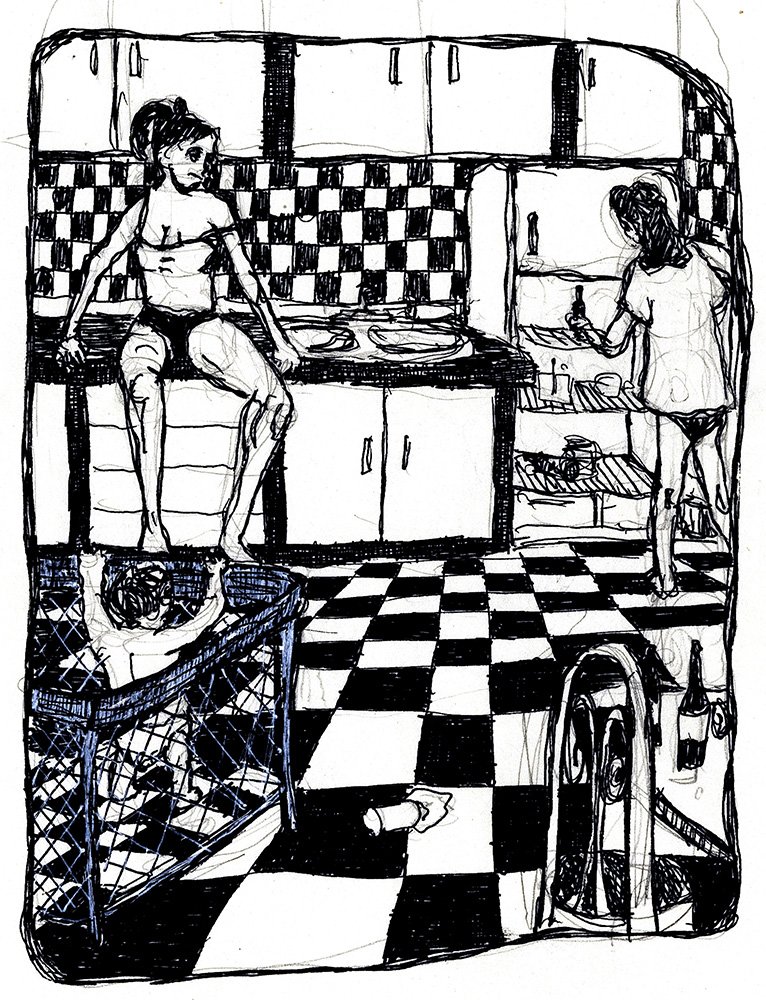 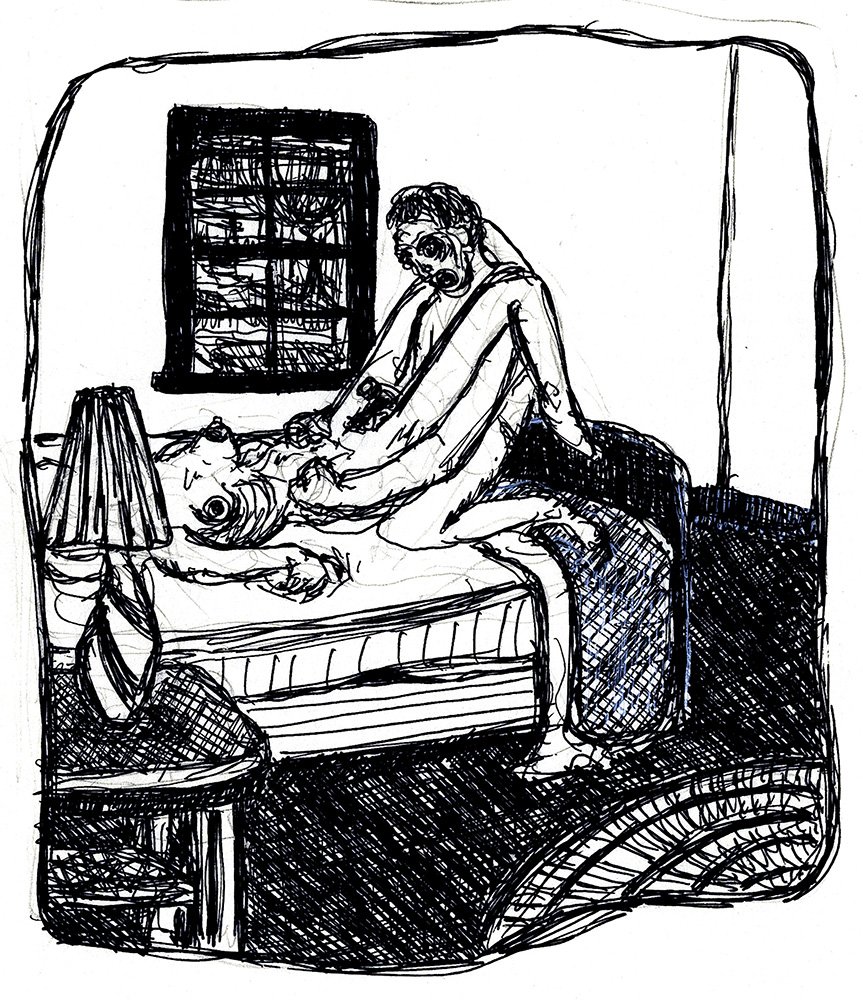 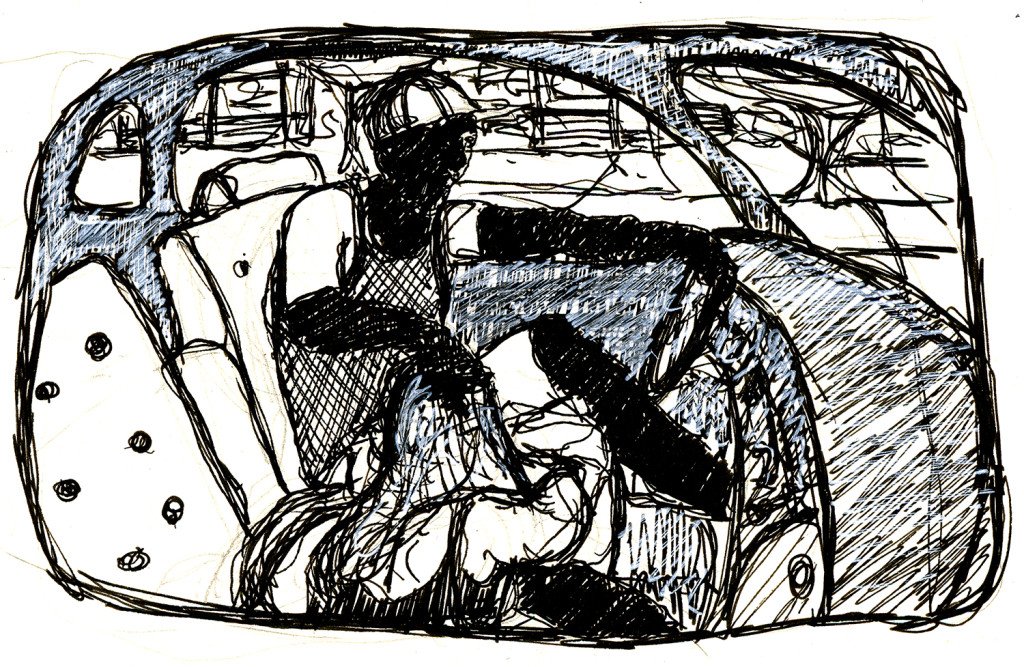 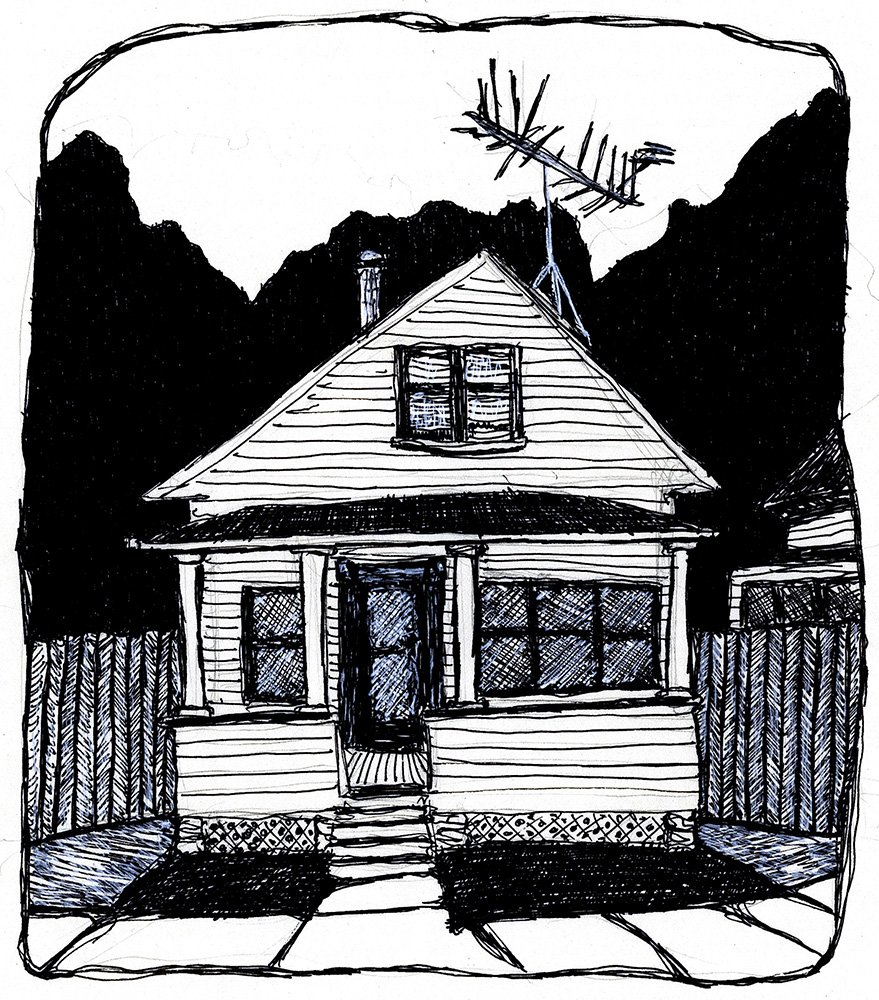 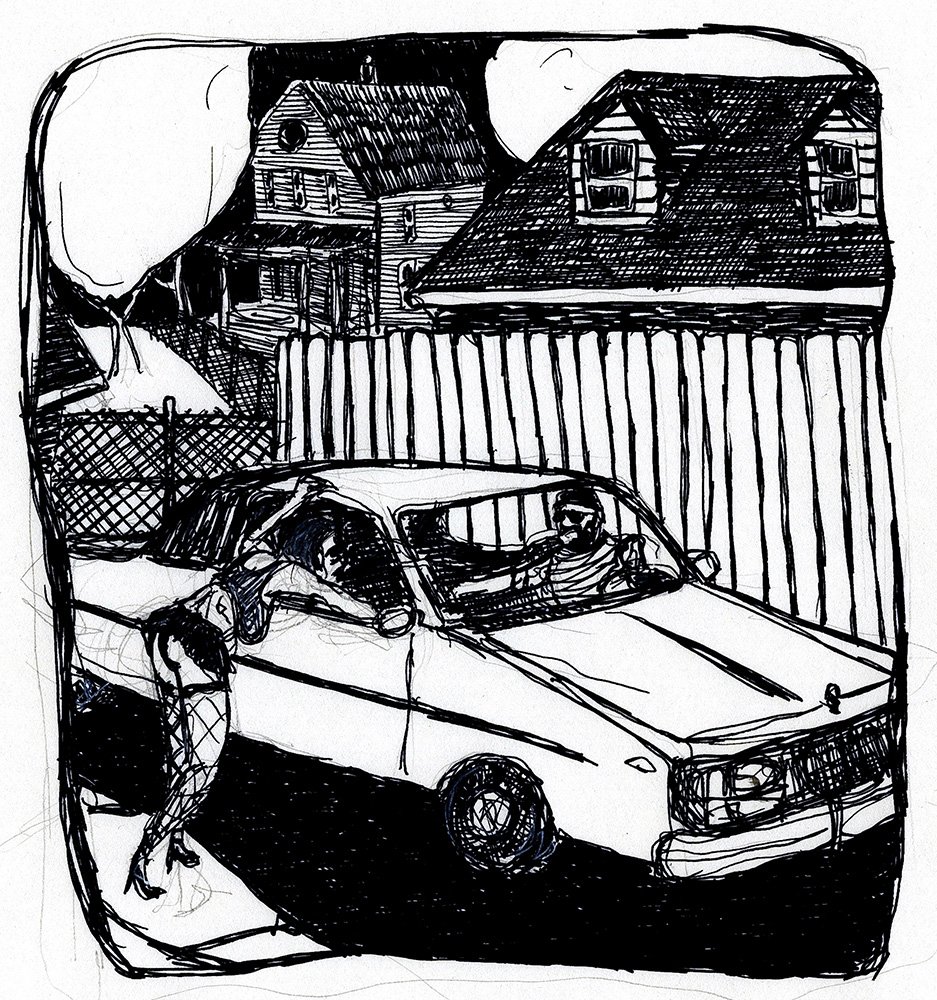 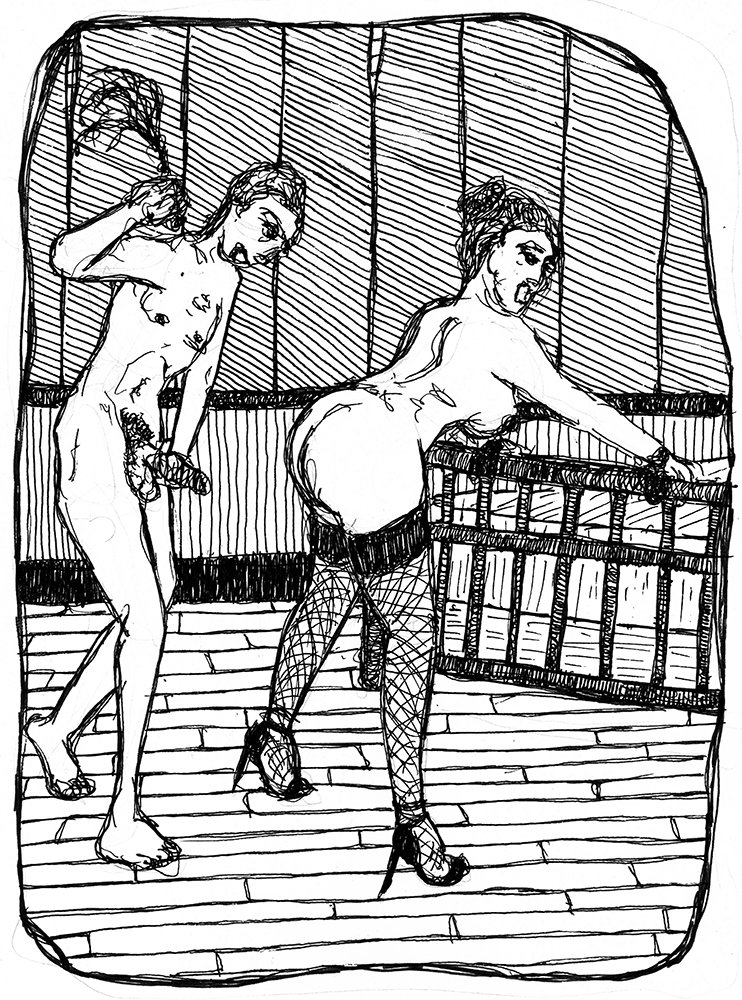 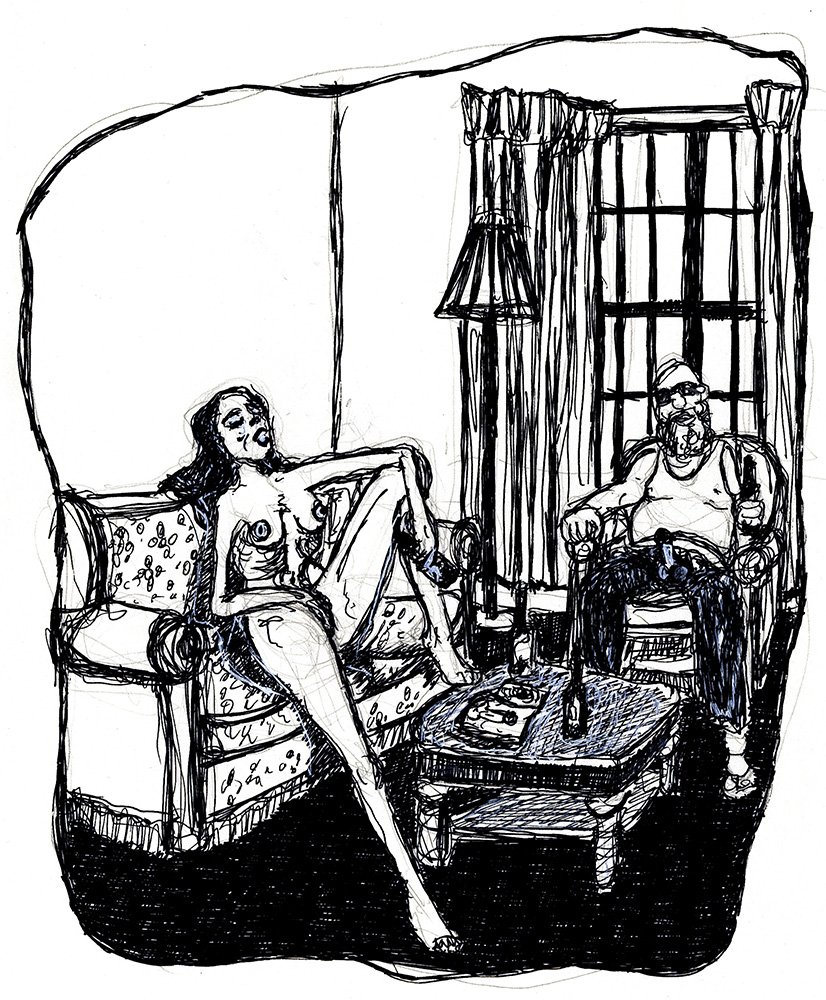 the owner gets it for free 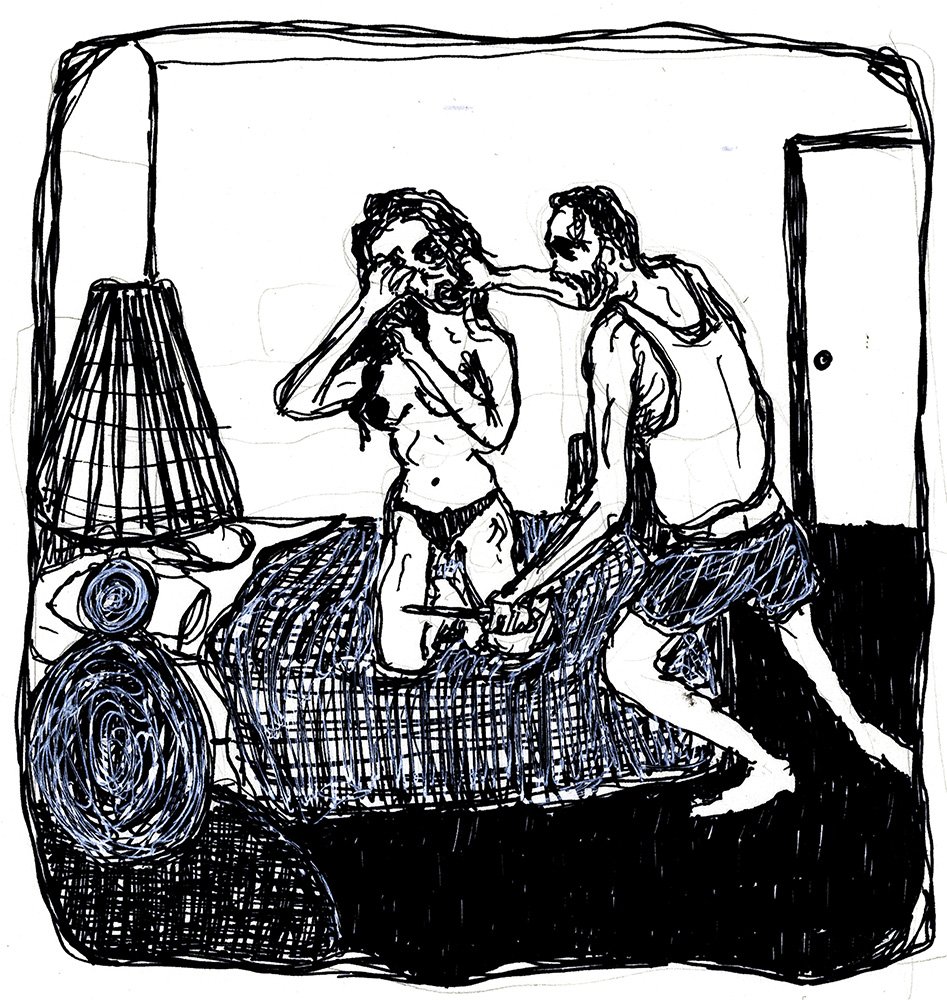 then it got rough 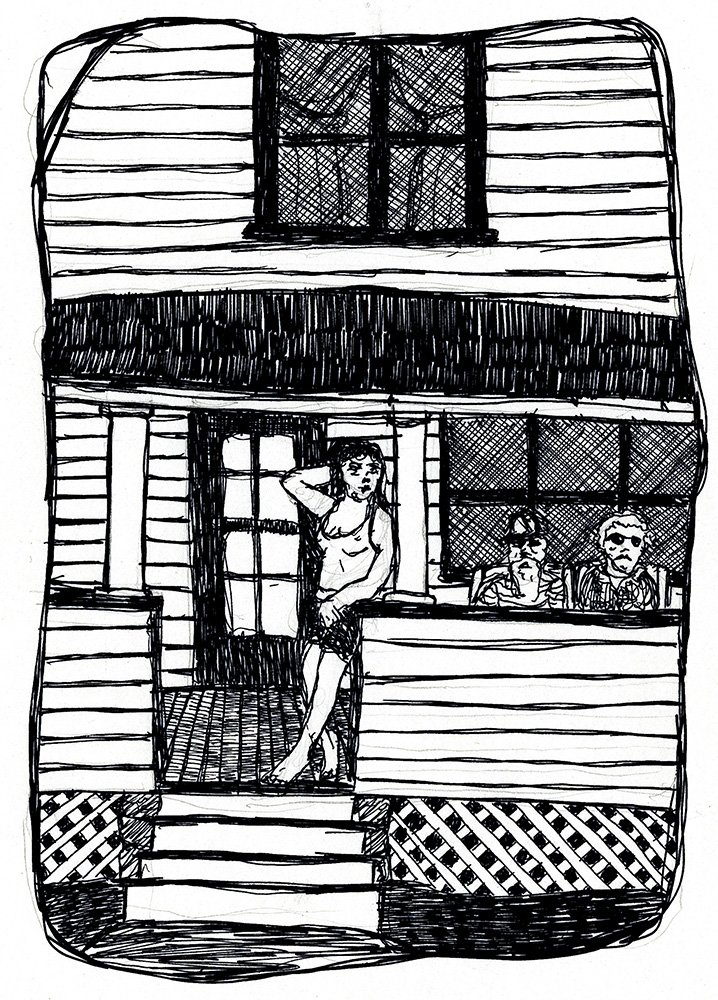